Ok Ladies so I asked it!!

Be sure to check out the Sweat Pretty with Puma and boxer Carla Castronuova GIVEAWAY for a chance to win free Puma gear!

Being a tomboy, even in my 30's, there are some things that I STILL ask for each year and STILL end up getting manicures, sweaters and socks. That's fine, but this year, I've started asking early for the things that I love (not the last minute gifts that my family runs out to get because they forgot!) So, listen up kids, as a writer, I get some of the cool gifts that…

Does anybody listen to film scores from different movies like Hook, Narnia, Tron etc.?

My favorite is of course all of those. They also make for good songs to do your program to.

If you've been watching the news lately than you might of heard of a girl name Malala Yousafzai from Pakistan. Her story started when she fought for girls rights to have an education in her home country. She published a blog on BBC's Urdu service stating her thoughts on this issue. On October 9, 2012 she was shot in the head by the Taliban aboard a school bus in Swat Valley, Pakistan. She is currently recovering in a hospital in London and making great progress. Recently she was able to… 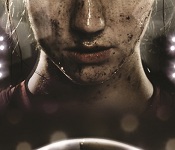 If you sign-up you can win tickets to the Super Bowl.

I came home last night with my hair all out of place, covered in dirt, a nasty scrape on my elbow and my left index finger was red and swollen. Grinning from ear to ear. I had just got back from soccer practice. It was the first time in weeks because I had to go to a lot more cross country practices due to the fact that I had to train with my team to go to sectionals.

What to do in COLORADO this weekend!!!!

Hey Ladies!! If you have nothing FUN to do this Weekend come on out to Empire, CO for the 5th Annual Altitude Cup Mountainboard Challenge. I am defending my 4 year running title, in hopes to make it lucky number 5. If I don't see you this weekend, get out and do something FUN!! Happy Weekend!!!

What being tough means to me

What to do when the Snow is gone?

I just wanted to know if anyone out there is into board sports and if so what do you like to do when the snow is gone?

I try and mountainboard, longboard and indo board as much as possible.

I live in Colorado and would love to get together and shred with some gals so hit me up!!!

Are there any Figure Skaters out there?

Believe I Am running journal promotion

Check out BelieveIAm.com to get 40% off 10 Believe I Am running log journals for your team. With the order you will receive a sweet, inspirational poster from Lauren and Ro. Don't miss this opportunity!

We are pleased to announce a Pretty Tough contest for the week of June 15 -22. We have a great prize for the Community Member who gets the most friends to join and be active on PrettyTough.com during that week.

This week's winner of our Pretty Tough weekly random drawing is Andi Wright. Her prize is a pair of Swarovski Crystal Earbuds, compatible with iPod, MP3 players and computers. Congratulations Andi!

Next week we'll have another drawing and the winner will receive a Pretty Tough tee. Remember, in order to qualify for the drawing, members must be in the top 10 of active community participants as rated on our Leaderboards.

Announcing Winners of Drawings for May 29th and June 6th

We have two winners to announce for our Pretty Tough weekly random drawing. The first winner is Kaylin Samantha who wins a copy of Playing with the Boys, the second book in the Pretty Tough YA series. Congratulations Kaylin!

Next week we'll have another drawing and the winner will receive a pair of Swarovski Crystal Earbuds, compatible with iPod, MP3 players and computers. Remember, in…

This Week's Winner of the Pretty Tough Random Drawing is Announced

This week's winner of our Pretty Tough weekly random drawing is Rose. Her prize is a Pretty Tough tee. Congratulations Rose!

Next week we'll have another drawing and the winner will receive a copy of Playing with the Boys, the second book in the Pretty Tough YA series. Remember, in order to qualify for the drawing, members must be in the top 10 of active community participants as rated on our Leaderboards. 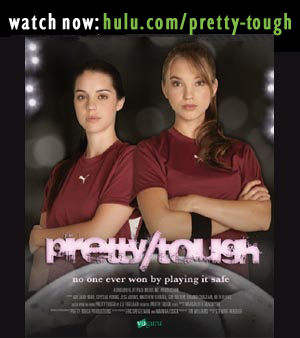